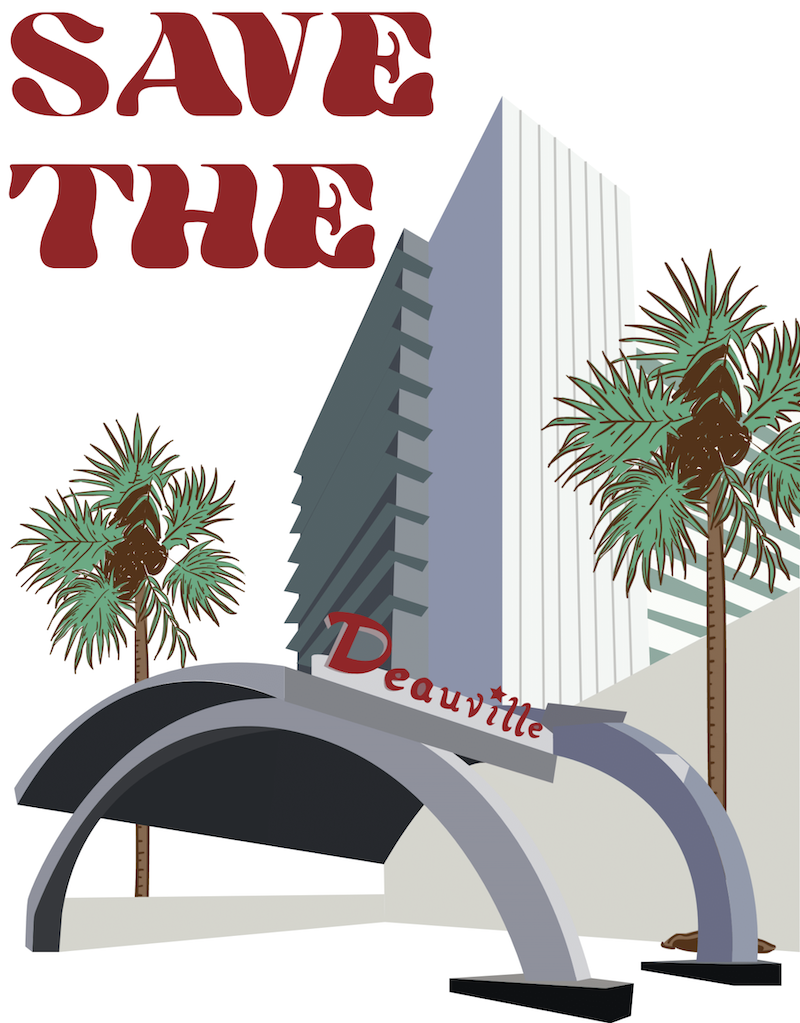 Save Miami Beach reshares this update from the Miami Design Preservation League:

To be heard at 3PM Tuesday, June 21st at the Miami Beach Planning Board

Join in person at the Miami Beach Commission Chambers, or connect via Zoom at the link below: https://miamibeachfl-gov.zoom.us/j/86143426327

In a practical sense, the zoning changes would only apply to the Deauville site even though there are some other unrelated parcels in the overlay which could be combined into the Deauville site. It’s not clear what the impact of the overall proposal is, but what is clear is that there is no mention of historic preservation… other than the fact that the Historic Preservation Board would need to review and approve any proposal for the site since it lies fully within the North Beach Resort local historic district.

1. MDPL remains opposed to providing development incentives that discourage preservation. In the case of the Deauville, the incentives that should be considered are those that will further the preservation of the landmark property. Such preservation + new development projects have successfully occurred all over our City, including Melvin Grossman properties like the Seville (now the Edition) and the Roney (now 1 Hotel) – both of which have been adapted to meet the needs of today’s most discerning traveler.

2. As currently drafted, the overlay proposes a significant increase in the total square footage and height without a clear public benefit for providing these valuable new development incentives to the property, after years of neglect by its owner. In fact, such a massive windfall may encourage “demolition by neglect” throughout our city

3. The proposal is not part of an adopted master plan, it excludes renderings and community input, and it makes no attempt to encourage historic preservation at the Deauville – which is substantially still intact and could be beautifully restored along with new construction by a leading architect such as Frank Gehry

4. MDPL has reached out multiple times to the proposed new owner but has not yet been able to meet formally to review our concerns

For the reasons listed above, MDPL is opposed to the current proposal as presented at Planning Board.

Rather than rush an upzoning to the ballot with little community consensus, the city and proposed new owner should focus on bringing the existing building into compliance, while concurrently building consensus on what incentives may be needed to ensure the future resiliency of this site.

We do believe this could be an exceptional win-win for all parties, but this proposal is a long way from that ultimate goal.